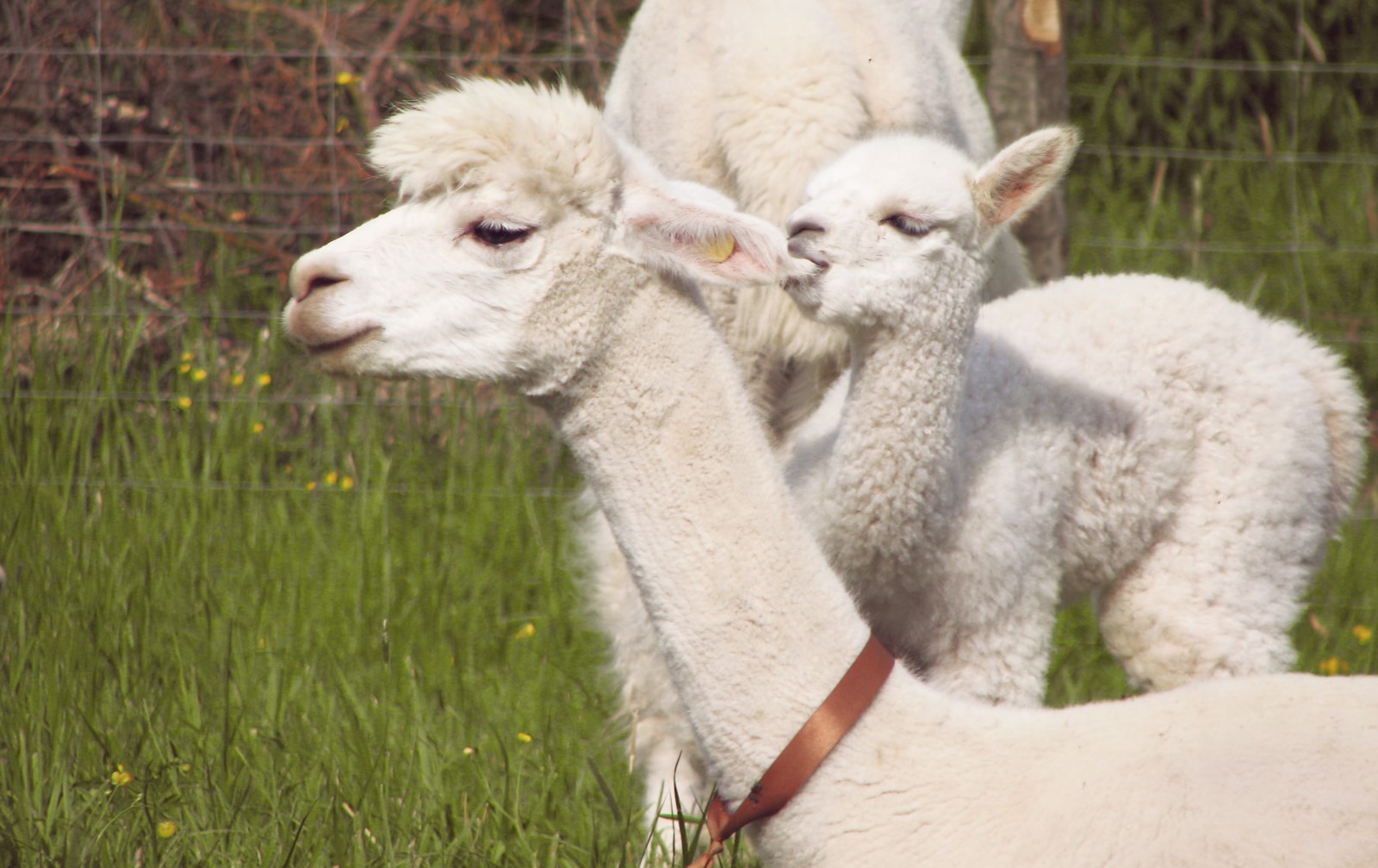 These relatively unknown shy and gentle animals were domesticated over 6000 years ago. They are cloven-hooved mammals from the camelidae family, close cousins of llamas. Alpacas come from South America, where the ancient Incas prized their precious fleece.

The Incas also believed that these mysterious animals possessed supernatural powers and were bestowed on humans by the Earth Mother they called Pachamama. In the 16th century, Spanish conquistadors exterminated over ninety percent of the original alpaca population, but luckily for the people of the harsh Altiplano plateau, a small number of these amazing animals survived. The number of alpacas has consistently grown over the last 400 years. Currently their population totals about 3 million, of which 99% live in the mountainous regions of Peru, Bolivia and Chile. 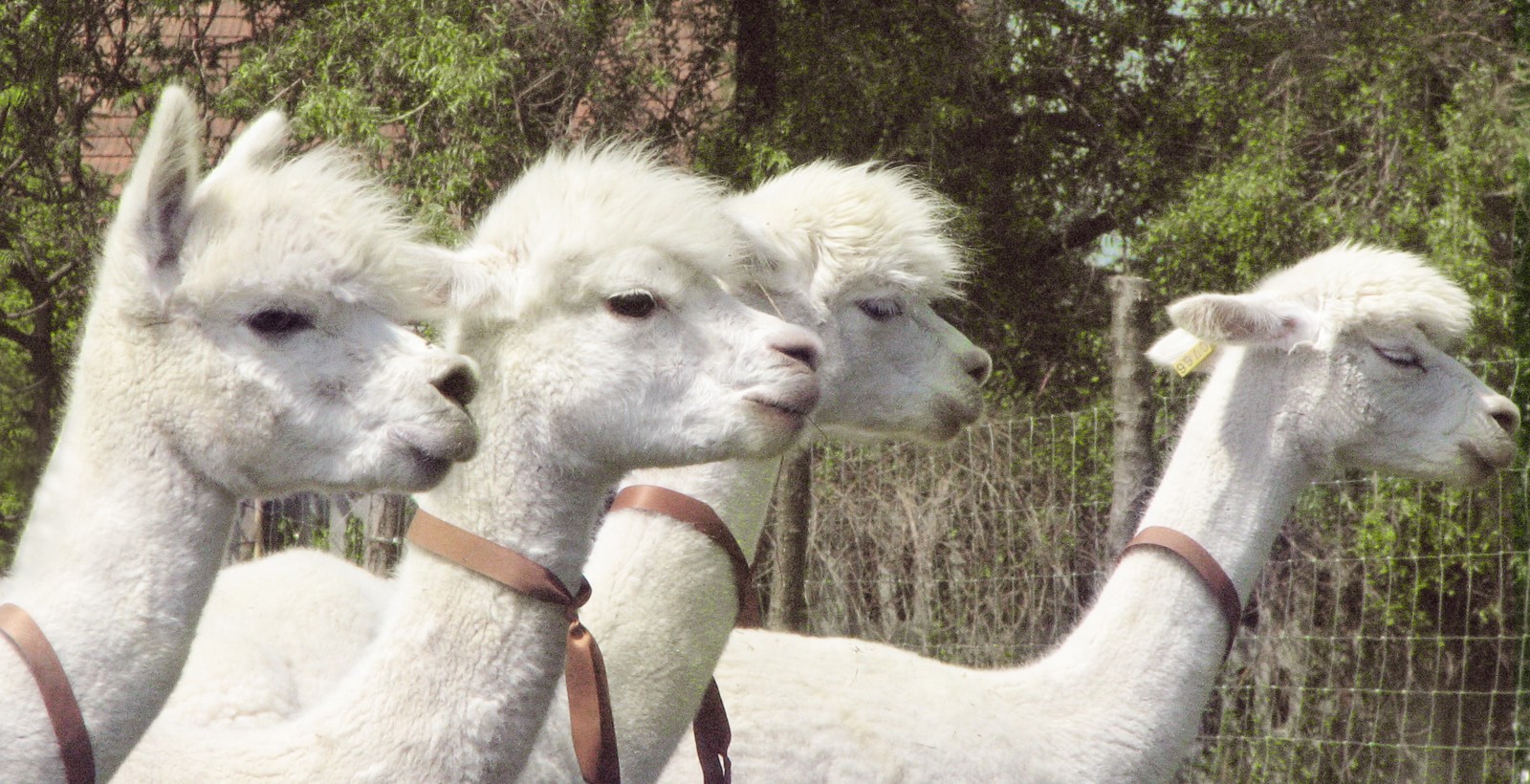 Alpacas have adapted perfectly to the demanding Andean environment. To survive the frosty winter and hot summer they evolved a soft and thick thermoregulatory fleece to protect them against the harsh extreme weather changes throughout the year. There are two breeds of alpaca; Huacaya and Suri. Huacaya alpacas have fluffy coat, while the Suri breed is characterized by shiny soft curls that reach up to 50 cm in length. Each kind of coat has its own benefits, but the fibre of the Suri breed is more rare and expensive. 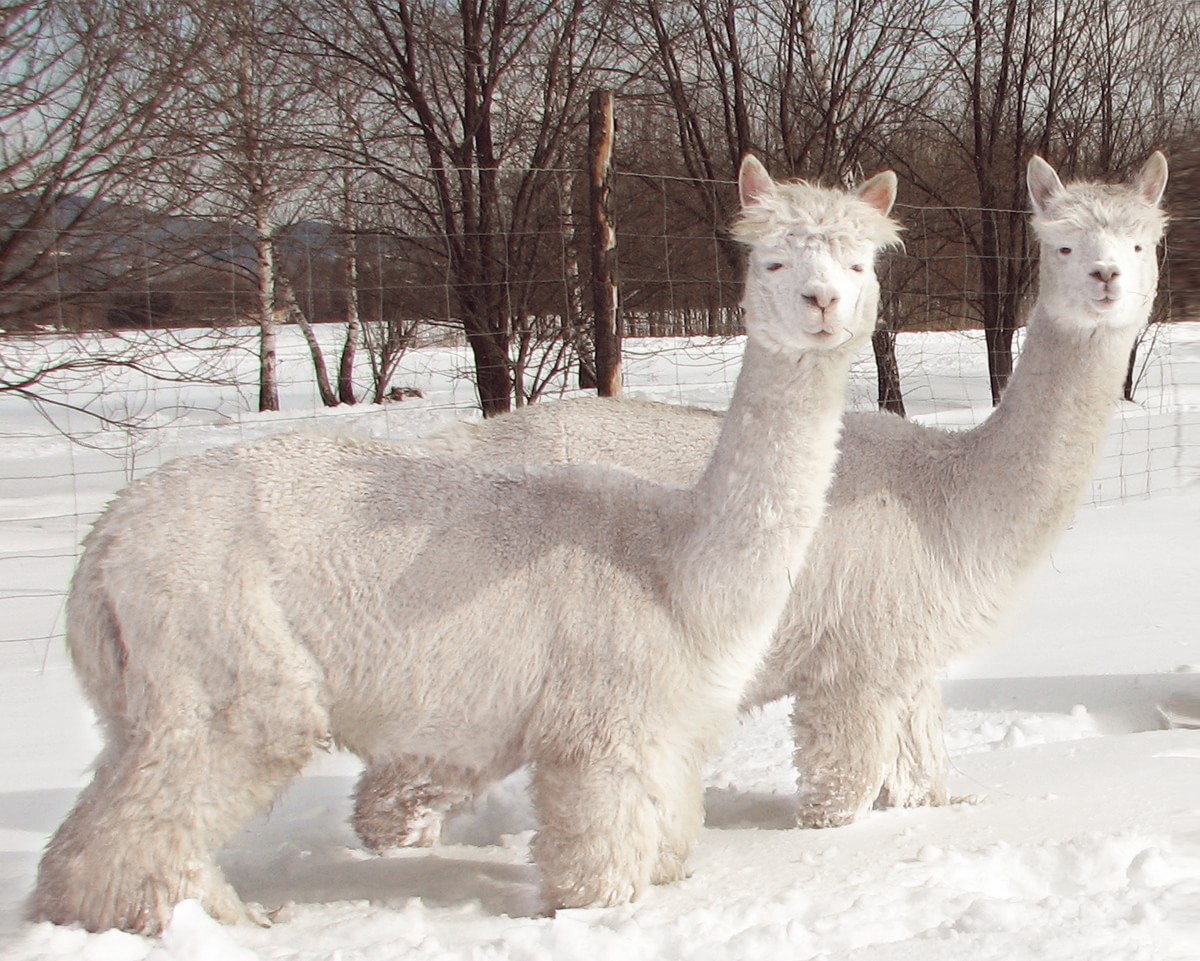 The amazing qualities of alpaca fibre make it one of the most luxurious natural fibres in the world. Its quality is surpassed only by the fibre of the vicuña, a wild Andes-dwelling mammal considered to be an ancestor to the domesticated alpaca. But expensive vicuña fibre is sparsely sourced from animals in the wild that may be combed (not sheared!) only once every three years. There simply isn’t enough vicuña fibre to make it into duvets! 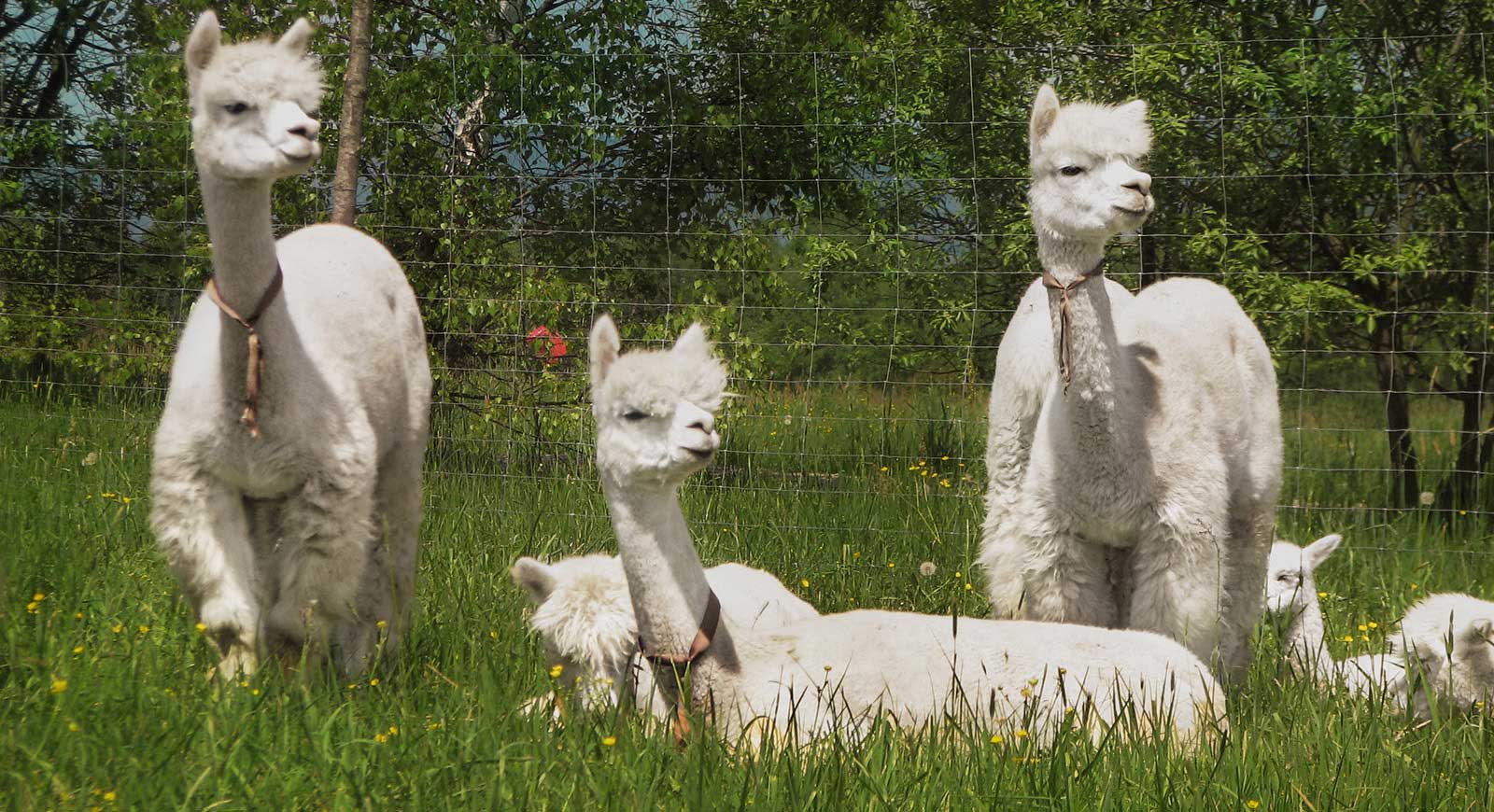 ALPACAS
ON THE FARM

As domestic animas, alpacas are undemanding. Raising them is both relatively easy and environmentally friendly.

People who raise alpacas come from diverse social groups – and most will admit to never having run any kind of farm prior to their adventure with alpacas. In fact, some never even imagined owning an animal more demanding than a dog or cat. What they all have in common is their love for animals and the desire to enjoy a healthy stress-free lifestyle.

Alpacas require less grazing area than other domestic animals. They graze on grass and hay. require vitamin, mineral and protein supplements to ensure their diet is similar to what they evolved on in their natural habitat of the South American Altiplano. What they don’t require is costly heated buildings because they handle low winter temperatures so well. 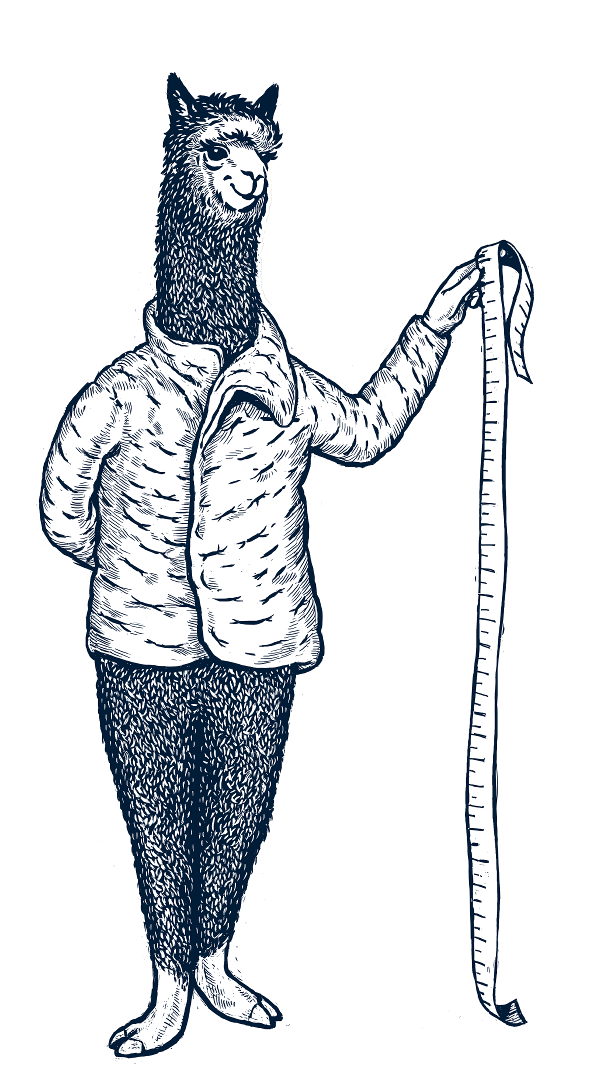 Alpacas grow to 128-151 cm in length with a height of 80-100 cm at the withers and a body mass of 48-84 kg. Their coat colour varies, with white the most common. Alpacas live 15 to 25 years. An alpaca pregnancy lasts about 340 days, usually resulting in the birth of a single baby alpaca (which is called a cria).

Alpacas are clean and practically scent-free. Because they use a communal dung pile separate from their grazing area, cleaning after them is convenient and fast. Gardeners readily use alpaca waste as excellent organic fertiliser.

Because alpacas have no top incisors, with their bottom foreteeth opposing a dental pad, they bite off grass blades several centimetres above the root, stimulating grass growth rather than destroying the entire plant (unlike sheep, for example). And alpaca hooves have soft pads, so the animals don’t trample their pastures.

With three stomachs to efficiently process food into energy, alpacas consume less than other livestock. Alpacas are sheared once a year and a well-managed herd can provide significant income for its owners. Interestingly, in some countries, including Great Britain and Australia, alpacas are used to protect sheep against predators. 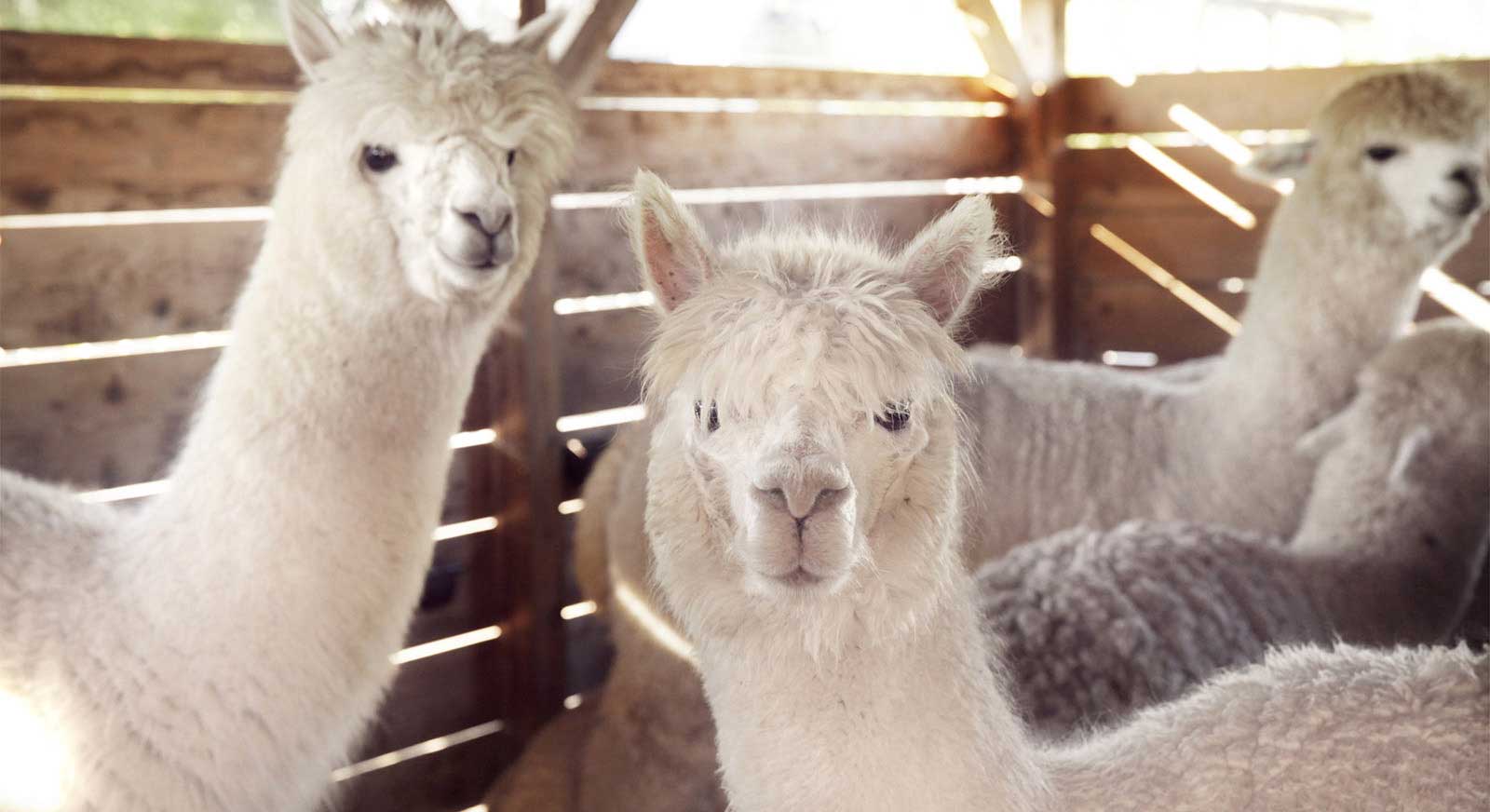 Alpacas are exceptionally gentle, intelligent, pleasant and curious animals. They are not aggressive by nature and do not constitute a threat to humans. They make good company for seniors and children, which makes them excellent outdoor family pets. Children love them… and the feeling is mutual! 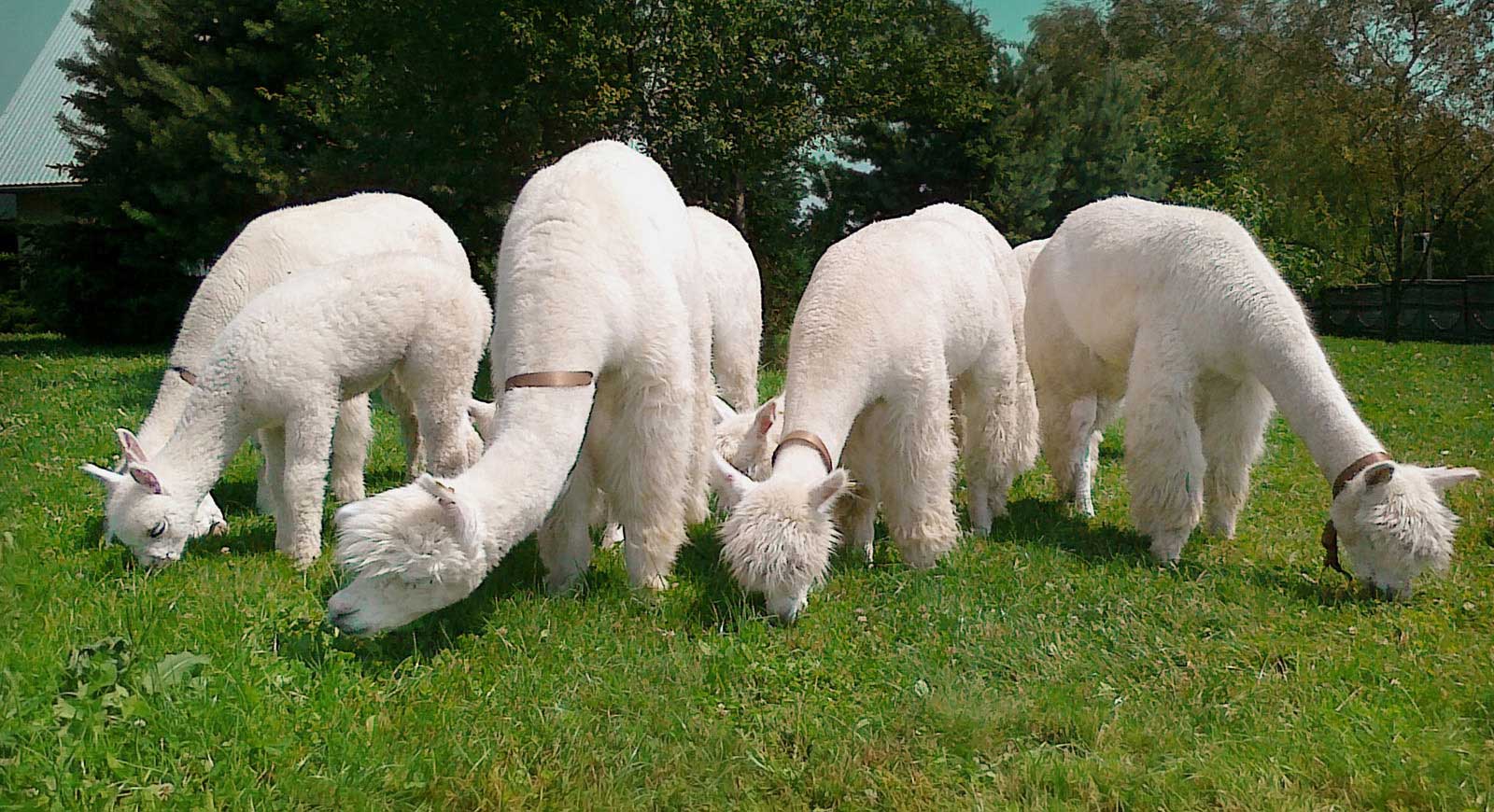 A gentle glance from a shy yet naturally curious alpaca is a healing sight – and a perfect instance of the kind of interspecies interaction that lies at the heart of successful animal therapy.

Research shows that animals help lower blood pressure. They also help people overcome barriers in contacts with others and direct thoughts and feelings outward, which has shown to empower patients to overcome various challenges. Alpacas’ uniquely lively nonverbal communication skills encourage people to find unique ways to express themselves and develop new forms of social interaction. Successful cases of alpaca pet therapy have been documented in children with autism and ADHD. Alpacas of every age and type can provide animal therapy – especially ones whose fibre is not used commercially. Note that animal therapy requires prior animal preparation by an experienced trainer and should be performed under supervision by an expert.